Marching to the beat of a different Drum

August has long been known as a challenging month for many Nature Coast Anglers. Hot and humid temperatures combined with unpredictable weather and fish patterns that change daily based on currents and tidal flow are just a few of the challenges that anglers have to deal with this month. However, even with the trickiest of fishing obstacles, the most persistent anglers always refer back to the tried and true methods of Fishing Shade or Structure! 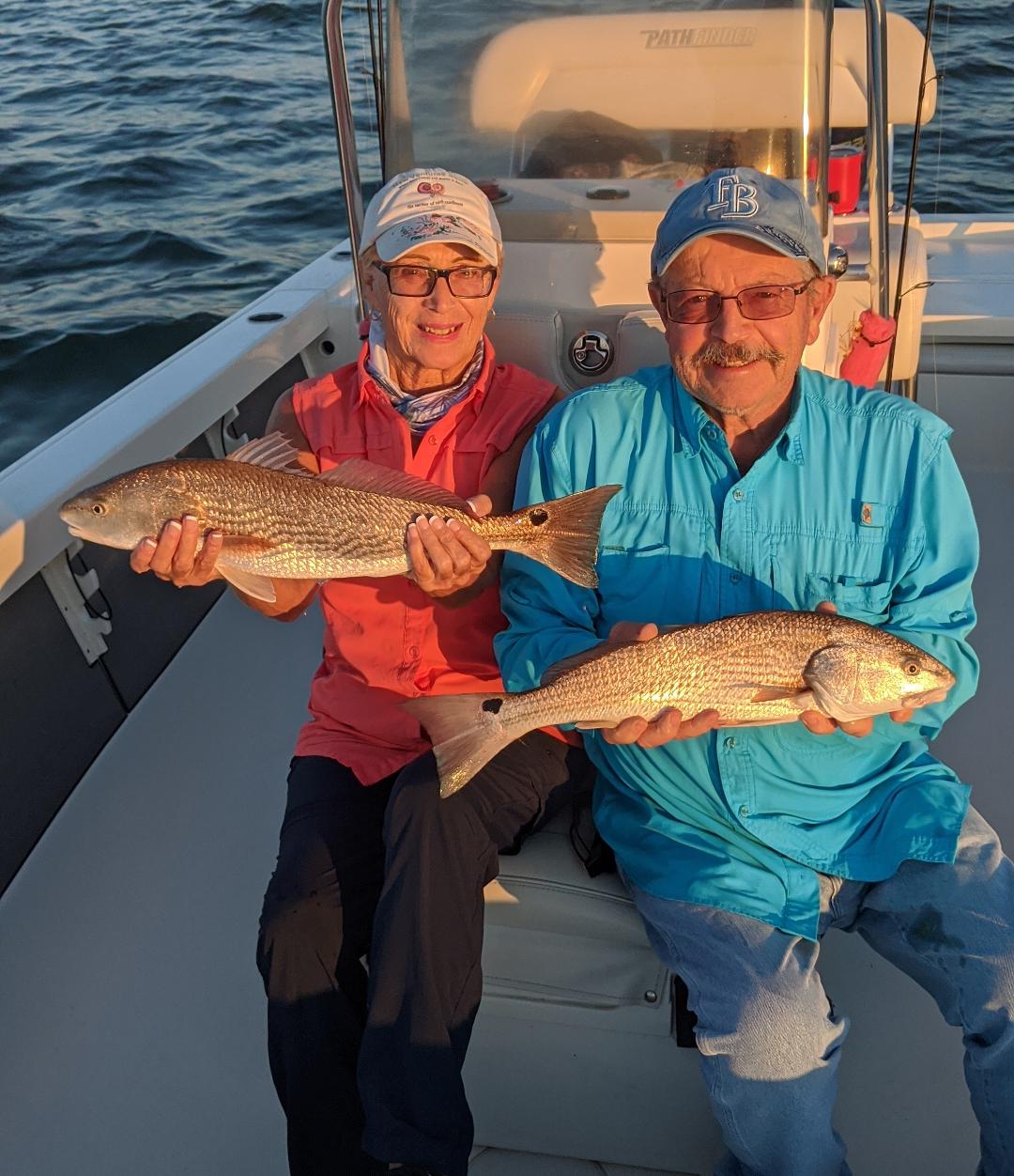 Think about this: When it feels like 100° outside where do you find your self most of the time? You’re probably soaking up the air conditioning in the comforts of your own home as we speak reading this enlightening article, because it’s nice and cool and you have a roof over your head. Most summer time fish species feel the same way. Redfish, Snook, and Black Drum are probably the most notable inshore species that appreciate a good piece of structure containing shade, but this time of year they can be a challenge to feed due to the over abundance of prey which often leads to unpredictable feeding patterns. To combat this trickery most anglers will find that fishing the low light hours around dusk and dawn to be the most productive.

Now if you’ve never had the opportunity to witness a Florida sunrise or sunset you don’t know what you’re missing. On the same token, watching a Redfish or Snook blow up a gurgler, top water lure or live bait as the sun’s rising or setting is a spectacle that wont soon be forgotten. As funny as it sounds it’s not the visual that anglers remember most about these strikes, it’s the sound of the explosion. During the deep summer months of August and September I encourage all anglers to fish the largest lures, live baits and fly patterns that they have in their boxes. Anything with a large profile that moves or makes noise will likely gain the attention of a hungry Nature Coast Redfish or Snook. Rapala Skitterwalks, Zara Spooks and large Pinfish and Pigfish are just a few of the baits that spin anglers should arm themselves with and for those anglers chucking flies its hard to beat a 6-8” chartreuse Gurgler tied on a 2/0 hook. 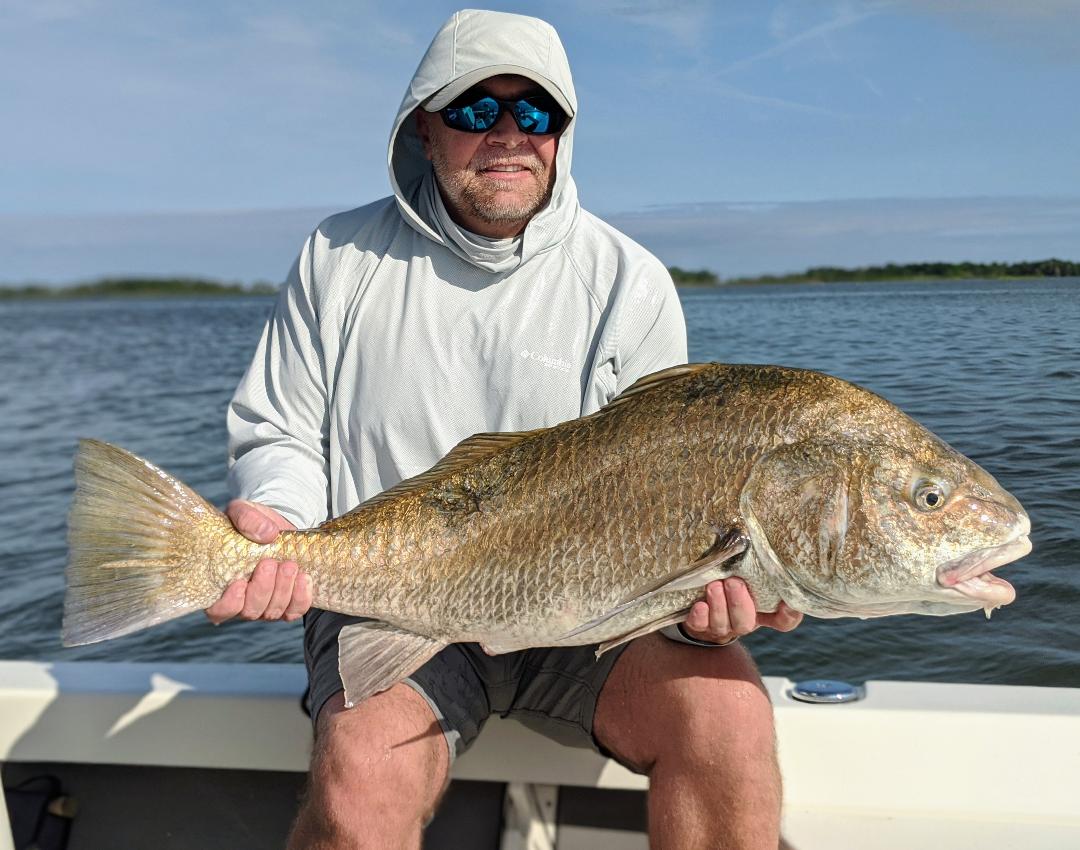 When mentioning large baits and fly’s it’s important to throw a couple of large live blue crabs in the well while baiting up in the morning or keep a 10wt rod rigged with a big nasty crab pattern handy for the just incase Black Drum scenario. Summer time is Prime Time for targeting large Black Drum in the 20-60lb range and with some schools featuring 200+ fish it pays to be ready. Often we find giant Black Drum while we are trolling around the mangroves or oyster bars in search of Redfish. It’s quite the sight when you stumble upon a fish of that size in such shallow water. 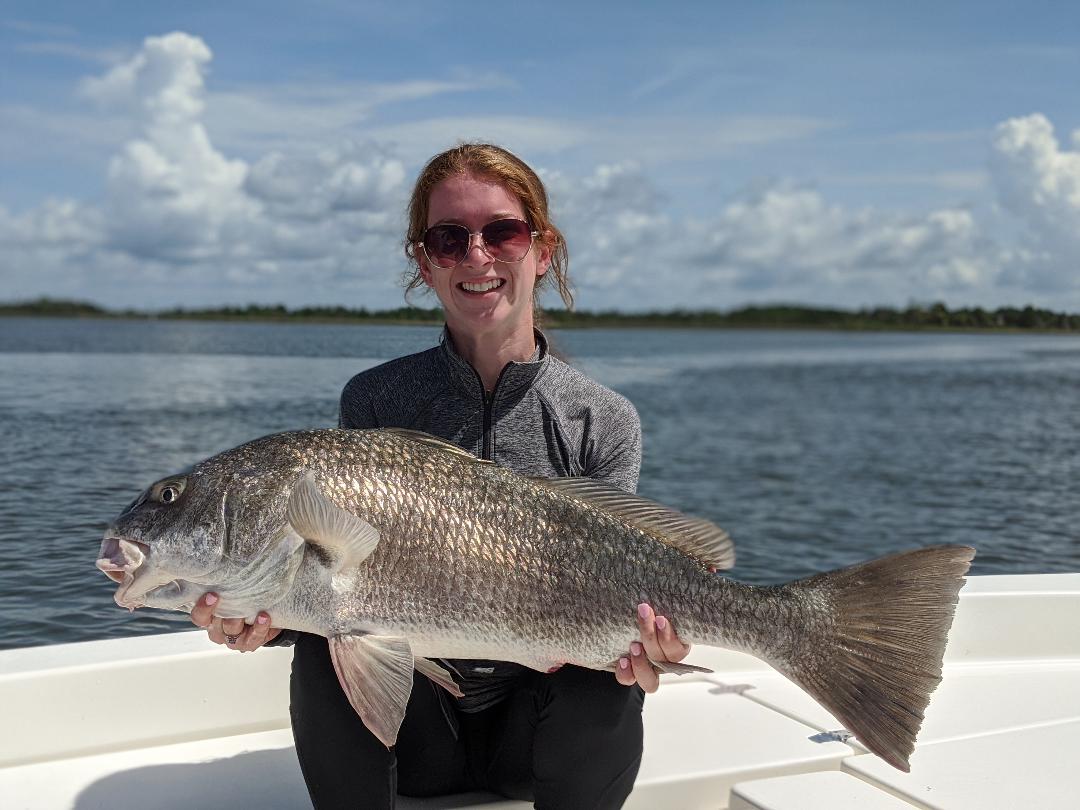 Historically, Black Drum are a nomadic species that can be found roaming from oyster bar to oyster bar in search of their favorite prey, the blue crab. Once a single fish or large school has been located it pays to be patient as these fish scavenge along the bottom for their next meal. Free lining a quartered blue crab on the bottom will get most spin anglers in the game but for those anglers looking for the ultimate challenge try slow stripping a large crab pattern in front of their nose.

* Fly Anglers remember if a Black Drum sticks his nose down on your fly and starts flapping his tail he’s going to eat that fly (tic, tic, tic, strips from there).

LOVING LIFE AND LIVING IT HERE ALONG THE NATURE COAST.